The dominant person who consensually takes power, authority, or control in a relationship, scene, or activity.

Domme  A female-identifying person who consensually takes power, authority, or control in a relationship, scene, or activity.

Switch A person who participates in relationships, scenes, and activities as a Top/Dominant or bottom/submissive depending on their mood, partner, or the situation. Some switches enjoy changing their power dynamics during the scene.

Submissive A person who agrees to submit or give up control in a relationship, scene, or activity.

Master A person who consensually takes ownership over someone within their relationship.

kajira A female owned-property slave, as per the world of Gor in John Norman’s fantasy novels.

kajirus A male owned-property slave, as per the world of Gor in John Norman’s fantasy novels.

Top A person who is consensually in control of the action during kinky activities.

Bottom A person who agrees to give up control or receives the stimulation during kinky activities that may or may not include submission.

Sadist A person who enjoys inflicting humiliation, pain but, consensually on someone, whether it’s emotionally, mentally, or physically.

Masochist A person who enjoys receiving pain or humiliation consensually, whether it’s emotionally, mentally or physically.

Sadomasochist A person who engages in sadism and masochism

FetSwinger A person, couple, or group that does not define their role,  maybe a swinger with kinks or a kinky swinger.  No actual title while participating in power exchange, BDSM, role play, parties, group sex, and other swing and fetish lifestyle activities. FetSwingers represent the group in the middle between swinger elites and the hardcore fetish groups. FetSwing parties welcome all (18+) individuals and groups. FetSwingers are not involved in the debate of what is better, the swinger or fetish community? We love them both! Life is too short to get hung up on worrying about the best alternative sexual lifestyle. Decide who you socialize with by the individual rather than negative feelings because of a "Lable."

FetSwingers have individual desires and boundaries. FetSwing is always 18+, endorse safe sex,  believe "no" means no!

Because FetSwing play always requires consent and should enhance your current sex life. FetSwing will not fix your relationship, but may make it a lot more fun!

Fetishist A person who is aroused by objects or nonsexual parts of the body.

Swingers person who has consensual sex with other people within and outside of their committed relationships.

Hedonist A person with a strong focus on the pursuit of pleasure.

Exhibitionist  A person who enjoys displaying themselves in a public or semi-public manner to attract attention.

Voyeur  A person who enjoys watching others, usually in a sexual context, without engaging with them.

Sensualist A person with a strong focus on the pursuit of sensual pleasures and interests.

Princess A person who requires a very particular treatment of praise, care, and attention.

Slut  A person who embraces the freedom to engage in sexual activity following their desires, with one or multiple partners, regardless of conventional values.

Doll A person who enjoys objectification and wants to transform through one's own or outside forces into a living doll.

Sissy  A male-identified person who engages in feminization and sometimes humiliation to reach a different emotional or mental state.

Rigger A person who practices the art of bondage, usually with rope

Rope Bunny A popular alternative for Rope Bottom, often a model for performance, photography, or demos.

Spanko A person with a keen interest in spanking and being spanked.

Spanker A person who enjoys spanking others.

Spankee A person who enjoys being spanked.

Furry A person who identifies with a particular anthropomorphic animal or creature, often wearing costumes or tokens representing the animal.

Leather Daddy An authority figure within the leather community or tradition.

Leather Top A person within the leather community or tradition who performs kinky activities on someone.

Leather bottom A person within the leather community or tradition who receives kinky activities from someone.

Leatherboy A submissive within the leather community or tradition; usually seeking a paternal/maternal figure

Leathergirl  A submissive within the leather community or culture; often seeking a paternal/maternal number.

Leatherboy Someone within the leather community or tradition which may be submissive or in a subordinate role, and often doesn't identify with binary gender labels.

Bootblack  A person who specializes in polishing and/or spit-shining boots as part of the play, for love of the craft, and as a way to give back to the kink community.

Primal A person who rejects rules, traditions, and protocols and prefers to self-define their role, often associated with foundational and animalistic instincts, behaviors, and desires.

Primal Predator  A primal who enjoys hunting and attempting to capture prey.

Primal Prey A primal who enjoys being hunted by a predator.

Cuckquean A woman who enjoys the humiliation or voyeuristic experience of watching or knowing their partner has sex with someone else.

Ageplayer A person who engages in role-playing where a different age is taken on by one or more of the participants.

Daddy A person who is nurturing and paternal in a relationship

Big A person who is nurturing and parental in a relationship dynamic.

Middle A person who identifies with or exhibits a younger mindset and behaviors, but feels more like a teen or pre-teen than a little.

Little A person who determines with or enjoys exhibiting a child-like mindset and behaviors. Their relationships may or may not include a power exchange component.

Brat A person who likes to exhibit one or more of the following behaviors: teasing, playful, sneaky, mischievous, stubborn, rebellious, disrespectful, or disobedient. This behavior may be a component of their power exchange relationship.

babygirl A person who seeks a parental and nurturing figure in a relationship, with some identifying as or role-playing as a young girl.

Also used as an endearment for a female-identified submissive

baby boy A person who seeks a parental and nurturing figure in a relationship, with some identifying as or role-playing as a young boy. Also used as an endearment for a male-identified submissive

Pet A person who may or may not identify with animal play who is treated like they are beloved and owned.

Kitten A person who enjoys roleplay as a kitten or cat

Pup A person who enjoys roleplay as a puppy or dog.

Pony   A person who enjoys roleplay as a pony or horse

Evolving as A person who is undergoing gradual change.

Vanilla A person with without any identified kinks or fetishes 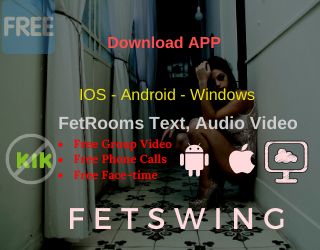 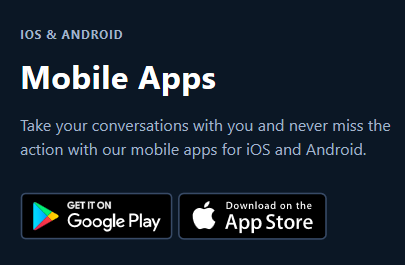